I’ve been getting quite a few questions about when the new park for Ascot (on the site of the former Brisbane Racing Club Members’ car park on the corner of Lancaster Rd and Kitchener Rd, Ascot) will be open for business.

I undertook a site inspection late last week and bottom line: it’s looking good for opening on target before the end of the year! 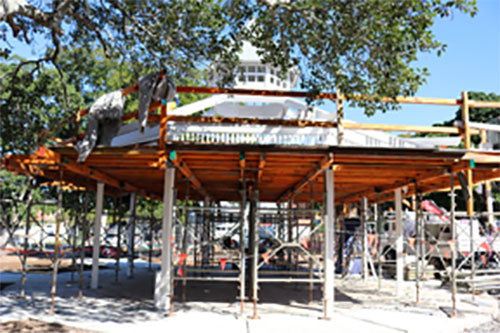 Many of the hard surfaces (paths etc) are completed,  the rotunda construction is well underway, the new toilet block is getting finishing touches, equipment for the children’s play area is installed.  Landscaping, softfall and turf laying will be undertaken over the next few months once all the ‘hard construction’ work is completed. Hundreds of plants, mainly for hedging, have been planted so far, but there are many hundreds still to go, including some 70 new large trees.
We do have one issue to resolve however. The name.

When it was established on a lease from the Queensland Turf Club at the turn of the last century, it was once known as Ascot Park. But after World War II the area became the Racing Club Members’ car park and the park use – and name – was lost. 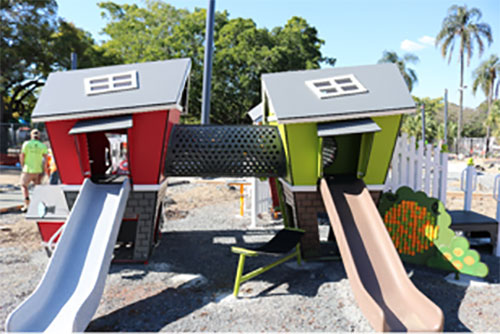 Now returned to Council and renewed as a park, we need to nominate a name for formal ratification by Council. A return to ‘Ascot Park’ appears to be the short odds favourite, but there may be others in the field.

Please let me know your thoughts.  I’ll keep this open for nominations until the end of August.  Please email your suggestion to hamilton.ward@bcc.qld.gov.au or phone 3403 1095. 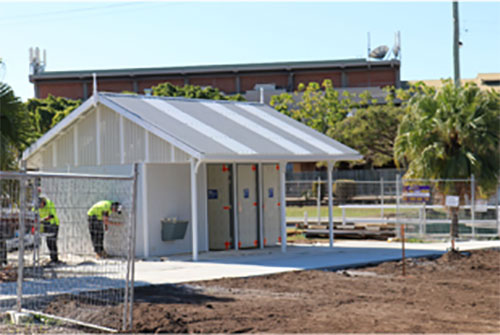