Lots getting done in our local parks
I’m really pleased to see the delivery underway of the brand new park in Ascot. Built on the site of a former car park used by members of the Brisbane Racing Club, our investment here will include delivery of a shaded and fully fenced children’s playground, a new toilet block, rejuvenation of mature trees supplemented by hundreds of new trees, barbeques, a rotunda and plenty of simple, open lawn areas.

Works in other parks in our area include a brand new children’s playground in Dalkeith Park, Wooloowin, and new fitness equipment to be installed in Windsor Park, Windsor.

Budget has also been secured for the future delivery of a brand new park in Chalk Street, Lutwyche, and an upgrade of the equipment and facilities in the popular Melrose Park, Kalinga. We are at the early stages of planning this upgrade and I’ll consult with the community about what we can include. I’m happy to hear any ideas that residents have about this park and any other in the Hamilton Ward.

Other works in the Windsor Park precinct include heritage conservation management plans for the Windsor Bowls Club and the Windsor Croquet Club.

New fitness equipment in Windsor Park
These days, fitness and exercise equipment has become an almost standard inclusion whenever we undertake a park upgrade. This is an artist’s impression of the soon to be installed equipment next to the playground in Windsor Park, off McDonald Road. We try to cater for all ages and abilities.

New playground equipment in Dalkeith Park
We have a beaut little fully fenced park in Kalinga called Dalkeith Park, installed by the team that built the State Government’s Airport Link tunnel. This spot on Rose Street, Kalinga, was a shaft down to the tunnel during construction. The play equipment installed however wasn’t working so we’re replacing it with updated playground equipment.

Melrose Park upgrade
We’re at the early stage of thinking about some improvements to the popular Melrose Park in Kalinga.
The budget could cover the cost of an upgrade to the skate bowl area – do the facilities need to be more challenging? Other options include an upgrade to the toilets, or some new playground facilities. If you are a ‘frequent flyer’ at Melrose Park, tell me what you think. 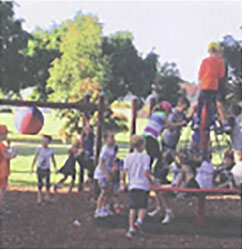 New park for Lutwyche
Council has an obligation to provide new parks and playgrounds in areas where there is increased housing density. That’s what we’re doing here in Lutwyche in Chalk Street, where properties, in an area defined nearly a decade ago as a suitable location for a new park, have gradually been purchased as they came onto the market. The process is nearly complete and this year’s budget has allocated the money needed to start work on the park’s delivery.

New Portside Park in Hamilton
The site of the former Council park at Portside in Hamilton is now in the Northshore Hamilton area under the control of the State Government’s development authority called Economic Development Queensland (EDQ). I was critical of the slow pace of delivery of the replacement park but credit where credit is due, the work is now well and truly underway. This will be another fabulous park asset in our area and Council is working with EDQ to integrate it into our parks network. 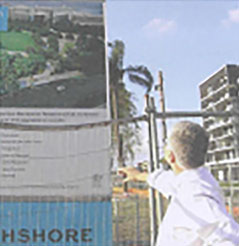